Danish producer Fabian Mazur has teamed up with LA-based vocalist Zac Poor for their new single "Settle". The track has a fantastic electronic pop come R&B sound featuring lush synths, soulful vocals and lovely falsetto from Zac Poor. Poor burst onto the scene in 2010 with his EP "Let's Just Call It Heartbreak", a collaboration with Glee producer Adam Anders. Mazur has seen support for his tracks and remixes from the likes of Martin Garrix, Tiesto, Afrojack, and networks Trap Nation and Spinnin' Records. He's always been involved with music from a young age with his parents being career jazz musicians who tour to this day. Mazur has a number of releases planned for 2019 so keep an ear out!

Get lost amongst the Nordic mountains and fjords with Western Scandinavian indie band Sail By Summer's debut single "Low Tide Exit". Their music is inspired by the nature around them. Lovely folky guitar and vocals lead the song like a guiding light. It's perfect for relaxing on a Sunday afternoon. They've followed up with a shining (despite its name) new single too called "Facing Dullness" - check that out here. Free downloads are available on their SoundCloud.

KidEyes - Take Me Back In Time

After bursting onto the scene mid-way through the year with their double sided single featuring "Love Better" and "Let Go", and recently headlining the prestigious "It's A School Night" showcase in LA, indie rock duo KidEyes have followed up with another fantastic single called "Take Me Back In Time". The track has a wonderfully warm sunkissed and cinematic sound played by multi-instrumentalist Ben Epand underneath soaring, nostalgic vocals from Greg Cahn. Cahn said: "The song lyrically came from a day feeling a bit stale - A Day when you feel vulnerable to your situation, and waste the whole day pointing a finger and being nostalgic. It's kinda like a love letter to yourself (or someone close) that never gets sent. Ben and I had a session that day, and the song kinda wrote itself." 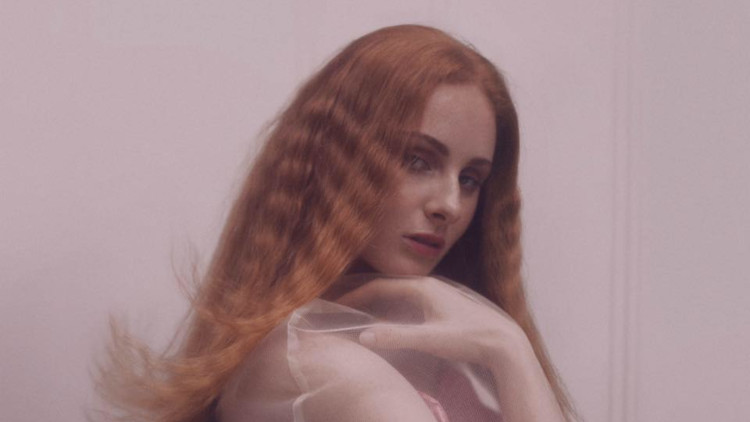 The day after releasing her first live album "Lady Powers Live At The Forum" recorded on tour, Sydney-based artist Vera Blue released a fantastic new pop single called "All The Pretty Girls". Her silvery vocals draw you in over smooth production and the song begs you to turn the volume up and sing along. She wrote the song with some friends while in LA and was eager to share it as soon as she got back to Australia.

"I'm always listening to a lot of Fleetwood Mac so the song was written [with] super Fleetwood Mac-y vibes," says Blue. "I feel like a lot of people can probably connect to it because it's kind of a self-protection song... It's a cheeky play on stereotypes, the whole idea of judging a book by its cover. It's kind of cruel and not really my vibe, but when you like someone or [are] attracted to someone you're like ooh, ok that person looks like they're a player-heartbreaker; makes all the girls cry. All the pretty girls meaning all girls in general because all girls are pretty." [...]

With its catchy hooks and cinematic indie rock sound, Michigan-based band Steppes' latest single "Marceline the Vampire" will bite you and not let go. Love hurts sometimes and the fantastic vocals from frontman Joshua Kemp play this out perfectly over soaring guitar melodies. The song is inspired in part by a 1,000-year-old vampire queen and bass guitar/battle-axe player of the same name from the Cartoon Network series Adventure Time. Marceline the Vampire is only their third song since their debut release earlier this year and we look forward to hearing more from them next year!

Denver-based producer Baaku has remixed Justin Caruso and Rosie Darling's "High Enough" giving it an energetic, glitchy future bass treatment. Baaku has released a number of popular remixes since bursting onto the scene in June debuting with Boombox Cartel and Nevve's "Whisper" and opening for Alison Wonderland at Ogden Theatre in August. Check out his latest remix too, a powerful, uplifting take on Bon Iver's Calgary. Baaku wrote of High Enough: "So a while back, i took some time to experiment with the bass music sound. Luckily, I had the opportunity to remix Justin Caruso's 'High Enough' around the same time, and this is what I came up with. Thank you to Justin, his team, and Proximity for approving this and releasing it as an official remix!!! Also shout outs to my team and everyone else for their support as well <3"

Toronto-based artist Bad Child has released a striking new single called "Payback" building on driving, fast-wobbling synths, clattering reggae-like guitar chords, and topping it off with his powerful vocals. He lost his mum when he was young and music became a way to express and deal with his emotions. His father had an old HP computer with a copy of music production software Fruity Loops and he'd spend hours making beats, and later, singing too. He moved to Toronto not knowing anyone and lived out of an old rehearsal space with a hot plate and an air mattress, and when the air mattress burst, he slept on the floor. "Bad Child" became about not being good enough, not living up to expectations, and about trying to be a better person. With such quality music, he's made quite an impression in 2018, and he's only set to rise from here.

LA-based artist Oliver Tree has taken his already great music, and raised it to another dimension with his viral videos and by making himself a meme. With his bowl cut and small red sunglasses, his look is unmistakable. Adding to the mix is his childish but super fun vision full of scooter stunts (he's actually a pro), monster trucks, pocket rockets and Ukrainian tanks. His latest single "Hurt" has a moshable, alternative electronic sound reminiscent of Twenty One Pilots with catchy, lightly distorted vocals, electric guitars and a hip hop beat. Regarding the the song's inspiration, Tree wrote: "This song and video were inspired by a really bad scooter crash I had a few summers back where I broke both my wrists & my right hand while competing in a pro-competition. But I honestly hate those types of questions cause it tries to give a reason for the art when really that's for the viewer to decide for themselves and apply it to their life in whatever way it makes sense." Tree will be going on tour from February next year throughout the U.S. in support of his upcoming debut album "Ugly Is Beautiful". Check out his Facebook and YouTube to see more of him, well worth it!

Texan rapper Adrian Stresow shows his "Passion" on his latest single about giving it all for his craft. The track opens with oldschool lofi jazzy production before the beat comes in and Stresow lays down the bars. Some of the lyrics that stand out include: "But at school they used to call me a b***h / So I penned my aggression up in the songs / I could rap on this beat for an hour long / Ain't nobody here like me so am I wrong."

London-based duo Third Party have released their latest single "Remember" in the lead up to their upcoming sophomore album. On the single they unleash a powerful festival progressive house sound with uplifting vocals taking you higher. They've had a big year performing at some massive shows from Creamfields in August to Ultra Korea and their own show LIIIVE at Liverpool Olympia in the UK. We look forward to hearing more from them soon on their album!