There's such a heartwarming and uplifting feeling to "Serious", the new single from producer duo Midnight Kids and vocalist Matthew Koma. It's a beautiful confession of love expressed over joyful, soaring electronic production. Midnight Kids have been on the rise since early last year after releasing a number of high profile remixes including of The Temper Trap's Sweet Disposition, Madeon & Passion Pit's Pay No Mind and Zedd & Alessia Cara's Stay.

Midnight Kids wrote of the track: "After remixing Matthew Koma's song 'Hard To Love' back in early 2017, we hit it off and wanted to work on an original right away. Having Matthew be a part of this record was something we only could have dreamed of at the time. He's written some of our favorite records to this day. 'Serious' has been a year and a half in the making and we're so excited that it has finally seen the light of day. This is a very special record to us and we hope you all love it as much as we do!" We do love it, and we look forward to hearing more from them in the future! 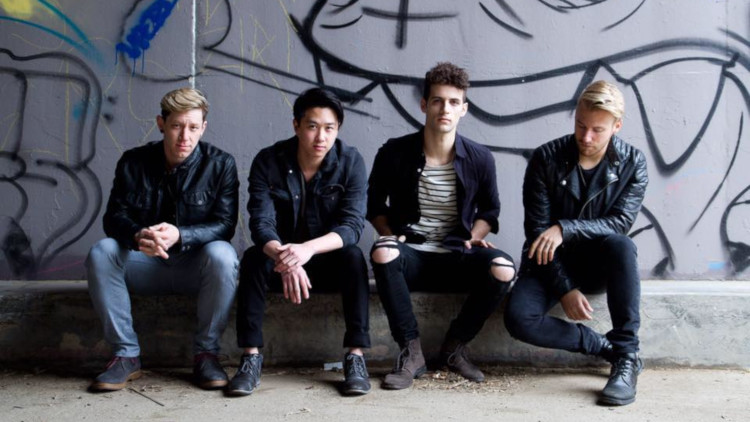 Los Angeles-based post-hardcore band Boy Hero have put out a fantastic cover of electronic producer 3LAU's song "Close", giving it their powerful rock treatment. The track has an emotional swell particularly with Dan Rudd's passionate vocals. Driving percussion, guitars and a ripping chorus riff bring the energy like a tidal wave. The band are donating all proceeds from the streams and sales of the song to the charity F**k Cancer [...]

Western Massachusetts-based rapper Eli Ostheimer, known as 30's latest single "What U Mad For?" drips with swagger over a dark music-box style beat. His stage name "30" reflects his initials. The track has a laidback confidence with one arm poised for the knockout. Along with the track, 30 also released his first ever video clip which you can watch below. With quality like this, he's set to take off!

Classical dance-pop crossover group Clean Bandit have teamed up with Welsh singer Marina (previously known as Marina and the Diamonds) and Latin singer Luis Fonsi (well known for his song "Despacito") for their new latin/reggaeton/pop track called "Baby" about struggling with seeing an ex-lover when you're now: "already someone else's baby." Over a dancey 808 bass with rhythmic acoustic guitar, Marina's alluring vocals draw you in. Fonsi then brings in spanish verses perfectly complimenting the latin dance style.

Lauran Hibberd - What Do Girls Want?

UK-based artist Lauran Hibberd has put out a fun, indie garage-pop anthem titled "What Do Girls Want?". It's a celebration of youth with a lightly grungy sound and catchy hooks throughout. And to answer the titular question, "Honey if I knew, I still wouldn't tell you."

Hibberd wrote of the track: "For me, 'What Do Girls Want?' is a good punch to the mouth. It's sarcastic, and bleakly honest. It highlights what it feels like to be young, and obsesses over the ideas that come with being just that."

Norwegian producers and brothers KREAM have put out a groovin' house track with decidedly beautiful vocals from Maia Wright. The track's sure to get your head nodding building from melodic verses to a bouncing vocal-chop chorus to a half-time breakdown and back. Wright's vocals positively shine over the slick production making for a perfect dance pop club banger.

KREAM wrote: "We love making songs you can listen to anywhere, but sometimes you want to make something just for the club and that's what happened with 'Decisions.' Maia Wright's voice is killer on it and we always love working with other Scandinavian artists. The song is about letting someone else make the decisions for you for a minute and experiencing the freedom that comes with that. Excited to finally share this one we've been playing in our sets all summer."

Me Not You - Stranger

With a moonlit, mysterious indie rock sound and a refreshingly alternative melody, New York-based duo Me Not You have struck a magical chord in their new single "Stranger". A crunchy rock guitar riff adds great dynamic into the chorus, and the breakdown briefly brings in some arpeggiated acoustic guitar for the lyric that begins: "candy colors run together / always flowing on forever". The vocals have an ethereal, mesmerising quality perfectly weaving together the melody of the track. We look forward to hearing more from these two!

On "AF1s" from her new album "Sleeping With Roses II", Chelsea Cutler has written an endearing love letter to a love lost with a soft, wavy sound blending in acoustic guitar led by her sweet voice. The song has a laid-back, personal feel, and is named for the shoes in the lyric: "loosening Nike laces on our AF1s". Chelsea wrote on Instagram: "I know I say this about every song but AF1s is seriously the most important thing I've written in my life. I've never created something quite like this one – it's so honest in its imagery and unapologetic in its nostalgia.

Nike Air Force Ones are kinda representative of the whole SWR (Sleeping With Roses) era to me. I've performed in them, made amazing friends in them, have stumbled home drunk and alone at 3am in them. Crazy how a pair of sneakers can be a symbol of everything I've done and felt in the last ten months since leaving college.

I wrote AF1s in a bathroom of a shared green room in Ottawa, Canada, recording my ideas with Apple headphones and then did most of the production on the plane back to the US. [I] finished it later with Andy Seltzer and couldn't be more excited for it to finally come out. This is how some of the best ideas happen and come to fruition. Not in studios or in writing rooms but in crowded shared green rooms and on tiny propeller planes."

Norwegian producer Chris Viviano has put out a fantastic new future bass/pop single called "Running". The track blends electric guitar with progressive synths in the verses, with beautiful vocals soaring over the top. Viviano explains: "'Running' is about being in a relationship, knowing you're no good for the other person. It's about the struggle you go through. Knowing the right thing would be to leave, but never really being able to."

Toronto-based producer Slooze has released their latest single "Desolation" following on from their previous releases telling the story of a world ravaged by endless war. As the survivors start rebuilding their civilization, they encounter a threatening and unknown advanced species. On Desolation, Slooze sets the scene: "Following the annihilation of the last survivors, the invaders survey the area for any last traces of their enemies. Their surroundings are charred and the sky is filled with smoke; fire burns throughout the lands. As they all regroup, the next fleet of reinforcements arrives - the time has come to begin the colonization. Enter absolute 'Desolation'".

It's the perfect theme for a track like this, with futuristic cinematic builds, menacing soundscapes and heavy electronic beats reminiscent of 1788-L.