"The words in this song speak about being able to recognize when someone is feeding you constant lies, trying to paint themselves into a perfect picture. They think they have you convinced, but you see through all their lies and you will not be fooled. You will not be manipulated."

K?d has released his debut EP "Find Paradise" dedicated to pushing the boundaries of his sound. He is currently touring the U.S., Canada and Australia in support of the new EP and wrote to Billboard:

"I did not want to stick to a specific theme for my first project, because I wanted people to understand that a certain genre does not define me. I grew up producing various kinds of musical genres trying to find a sound that I truly love and fit to, but I had eventually realized that I love all kinds of music too much to stick to one thing. I become bored too easily and feel like my creativity would be limited if I stuck to one sound or style. I guess my main goal is to push music to new boundaries, even if it means getting backlash for it." 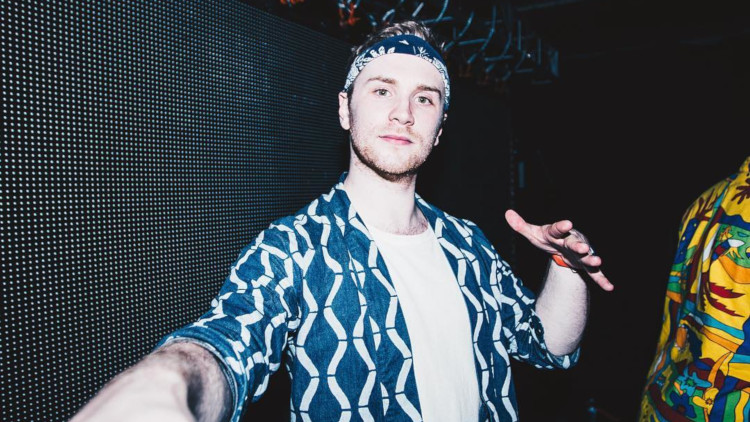 UK-based drum and bass producer Fox Stevenson has released punchy new track called "Bruises". The track keeps the energy moving the whole way through, opening with guitars and fast-strumming in the verse, stabs in the bridge, a catchy high-energy DnB chorus, and switching it up to a slower, swung rhythm section before the second chorus. The track features on Pilot Records' new "Destinations" EP alongside fellow DnB artists Feint, Ownglow, Vorso and T & Sugah & Bensley [...]

Los Angeles-based duo Neffex release a new song every Wednesday. And over the last 100 weeks they've released 100 songs. How that's possible I don't know, but they've done it, and they've done it well. The energy and passion in their latest hip hop track "What's Up" shows they have no plans of slowing down. Rap vocals take center stage and the double time at 1:22 is impressive. Kudos to them, we love it!

Hot off the heels of his collaboration with MYRNE on Monstercat's Uncaged Vol. 5 compilation, Californian producer Grant has released a new track with Nevve called "The Edge". Grant's trap production fits perfectly under Nevve's beautifully lush vocals, constantly evolving and building to a fantastic drop with dramatic synth work and a middle-eastern melody. Grant said of the track on Twitter: "The Edge might not be for everyone but I've actually put more time into this release than any other track I've made. Went through so many different drop and verse ideas trying to find the right fit. It's so liberating to release something that feels different."

Grant has performed at EDC and multiple Monstercat Uncaged tours. Nevve keeps a lower-profile, and may even be a group if this Reddit thread is to be believed. What we do know is that Nevve's vocals have featured on a number of great electronic tracks in the past few years, from Elephante to Boombox Cartel and Illenium. We're looking forward to hearing more from these two!

The top ten songs on Solid Muse in September as voted by you!

Miami-based producer duo GTA and Dominican vocalist Jenn Morel bring the heat on their new reggaeton track "Buscando" which means "searching". With an attitude that would fit well on a Fast and Furious soundtrack, Morel lays down spanish bars and a catchy chorus hook over GTA's booming beat. The pic on the cover depicts a tin of Yerba mate, used to make a tea beverage known as "mate" in Spanish and Portuguese. And that's all the explanation I got for you there. Check out the track, it's a banger!

Darby - In My Head

Darby said of the track on Twitter: "I challenged myself to go completely out of my comfort zone with the bass-focused sound design, combining it with my melodic style. I spent hours coming up with rhythms and ideas which just made me happy"

Indie pop trio Dansu have released a lovely new track called "Love Is Ours" that's sure to get you Dansu-n too. Reminiscent of Two Door City Club and San Cisco with a bubbly, radiant vibe and playful eastern guitar riffs. Originally from Amsterdam, they've gotten around the place a bit, having had their debut single in 2016 "Do Do Do" picked up by MTV France, playlisted on Israeli radio Galgalatz and placed top 10 on Israeli Shazam, featured on Japanese Netflix Original "Terrace House", and having also toured in Canada, Sweden and Germany. They are signed with Japanese label Thistime Records. We're loving their sound and can't wait for more!

It's getting funky in here! Have a "supercool" day with OWLIK, Raie and Felix Abebe with their new neo-disco banger. The track glistens like a kaleidoscope of colour with strong vocals from Abebe and OWLIK and Raie bringing the tight dancey beat.

OLWIK wrote: "Supercool sparks an unusually broad spectrum of emotions for me. The wideness in its scope somehow reflects the wide range of new people I've gotten to meet lately as my DJ career has started to take off. It has brought me a greater understanding and a new, deeper state of mind for me when I'm creative in the studio."