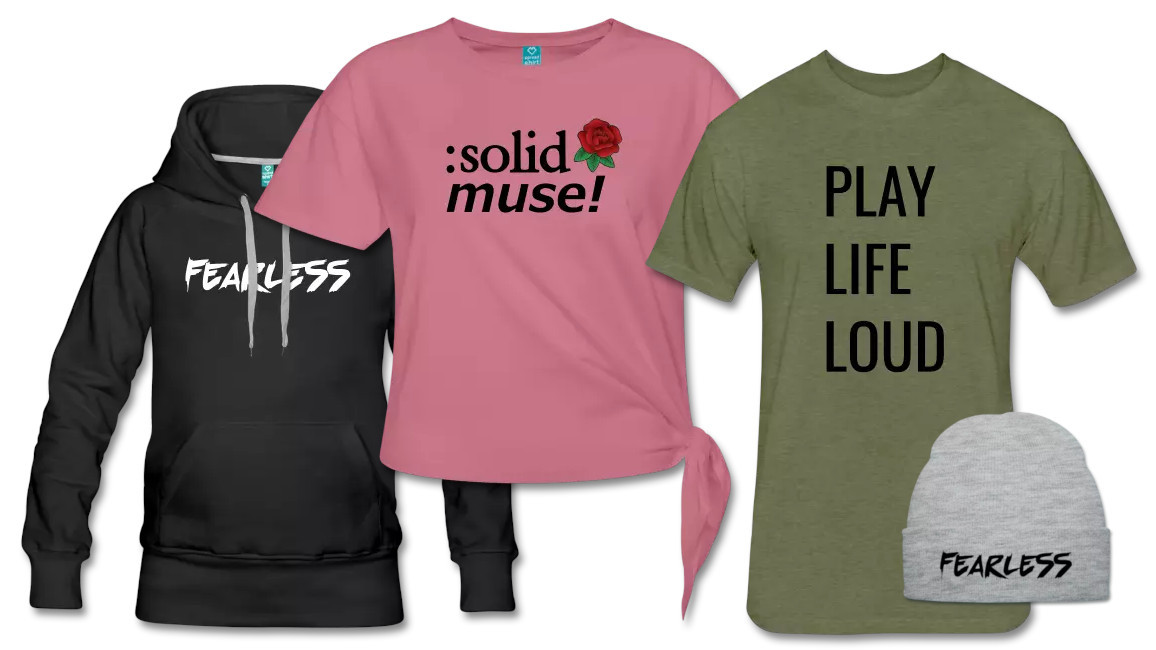 We have official merch out! We've just released a bunch of awesome new shirts, hoodies, beanies and hats on our new online store. Everything is 15% off for the next week - ends midnight Oct 29th!

After bursting onto the scene with their gorgeous debut single "Emotional" in May, Elliana Hahn and Ben Tan of electro pop duo ELLIANA have followed up with another heartfelt single, appropriately called "Fire". The track has bouncy, chilled production building to a charming chorus crafted around Hahn's sweet harmonized vocals. Speaking on how the song came about, Hahn wrote: "Ben and I built the whole song around the first two lines of the chorus. We sat on it for months and the story finally fell into place, landing us in this sweet space that echoes the dance of going back and forth with someone.". With quality like this, we look forward to hearing more from them soon!

Mysterious electronic producer KLOUD sends a warning to the human race on their dramatic new electro house single "Humans". KLOUD wrote on Facebook: "HUMANS, the most intelligent yet destructive beings on this planet... full of so much potential that even I exist. I find it hard to come to terms that with the limited resources available and the increasing number of people, that you can't find a way to get along. Every human I've analyzed has emotion and a thirst for life, that doesn't change; your skin and ideals are small differences in the vast similarities you all have. It's time for humans to start caring about one another. You are all similar, and if you don't start working together, it's all over."

Indie pop artist Todd Carey often sings about love in his music but he's just released his most special song yet - a song written for his wedding! With its groovy pop style and sweet vocals, it's got us gushing with warm fuzzy feelings. Not only has he released such a personal song but he's also included footage from their wedding in the video clip, writing on YouTube: "I wrote a song for my wedding and wanted to share this moment with you. I'm so excited for you to hear it and get a glimpse of a truly special day for my family." We love the song and wish the new family all the happiness in the world.

Devon Braxton - Why You So Quiet

Devon Braxton brings us a catchy new single called "Why You So Quiet?" featuring his smooth vocal flow and warm layered harmonies over dancey, latin pop-esque production. He wrote of the song's inspiration: "Growing up very shy, I would always get the same questions asked everyday: 'Why are you so quiet?' 'Why are you so serious?' 'Are you bored?' 'Are you angry?' After finally discovering who I am, not only as an artist - but as a person, this is my direct response."

The track will feature on his upcoming EP of the same name, due out next month. Stay tuned to his channels for that and check out his Instagram @devonbraxton where he often uploads acoustic jams.

Maryland-based, South Korean artist REI AMI has released her third single, a fantastic lofi hip hop banger called "Snowcone". The track's lyrics are full of attitude with gems like: "Call your sugar daddy, 'cause he blowing up my phone. I don't need his money, bitch I get it on my own." Ami accurately describes herself as "hello kitty with a knife", however after all the badassness, just after halfway through the track she unexpectedly breaks it down into a soft, dreamy indie outro. The track is taking off, having been added to Spotify's Anti Pop, New Music Friday, Fresh Finds playlists and Apple Music's New Fire playlist. Keep an ear out for Rei Ami, she's on the rise!

With its lovely chilled production and vocals, we have Jake Huffman's debut two-track single "The Layover" on loop. The second track in particular has a great retro pop feel to it with a modern sheen that builds to a rhythmic, distorted synth bass chorus. Huffman was part of the rock band McLovins for ten years before leaving to pursue his own creative style. Teaming up with LA producer Andy Seltzer, he's done a great job defining his solo sound and we look forward to hearing more.

Electro pop producer and singer CADE tells us he's "Better Off Alone" on his emotive new single. Speaking on the song's inspiration, he wrote: "sometimes you know what's best but don't want to accept it. inspired by post-relationship wreckage, i wrote Better Off Alone while experiencing the darkest slump of my entire life. i felt lost, vulnerable and alone. every day i would go to the studio, trying to tell myself i was fine, even though i knew deep down that i wasn't. this song is for anyone who just can't seem to find the strength to move on on their own."

The track has an airy atmosphere in the verses with filtered bass and trap percussion building to a dancey electronic chorus. CADE recently performed at We The Fest (aka WTF), put out remixes for Jason Derulo's single "Mamacita" and Jennifer Lopez's "Dinero", and is currently working on his debut album Wolf Blue.

Wisconsin-based DJ/producer Twin Theory brings us a playful and bright new future bass single called "Step Back". From 8-bit video game sounds to big modern synths, the track features a wonderful palette of sonic textures, skillfully mixing them together into its fun and energetic soundscape. The single is Twin Theory's fourth since his debut last year. Check out his Instagram for some behind-the-scenes peeks into his works in progress, and his SoundCloud for his "No Humans Allowed" 1-hour mixes.

Nashville-based pop rocker Rayelle has put out a rallying pop anthem called "Freedom". Centered around her spirited vocals, the track features percussive instrumentation and a radiant uplifting vibe. Rayelle wrote: "My intention with this song is to encourage the listener to fully embrace, love and accept themselves and the people around them. It's a call for freedom of all people in the world, regardless of race, gender, or sexual orientation to live our most authentic lives, proud of who we are and our differences." The single comes as Rayelle prepares to release her debut full-length album next month. She also has a second project called Olly Anna for hip hop/pop music which you can read about in a great interview she did with HOLR Magazine.