Kayden - One of the Good Ones

Californian artist Kayden has been rising fast since his debut release "Forever" in February last year. With a fantastic voice and soft pop sound reminiscent of Lauv and Jeremy Zucker, he's continued to impress and his latest song "One of the Good Ones" is no exception. And how do you not fall in love with lyrics like: "When the rain falls on your skin I'm jealous of it"?

Boston-based producer Ben Lepper has remixed Dull Machine's magical, emotive track "Prism". The vocals and harmonies taken from the original are absolutely mesmerising and Lepper has done a fantastic job adding a psytrance touch to the production and raising the energy. The track maintains a great dynamic from focusing on the vocals in the intro to the beat in the first drop to the beat switch up in the second drop. Lepper also recently gained some exposure on Monstercat's Call of the Wild show (#225) with his bouncing mashup of Tisoki's Bring It Back and Matroda's The Drive.

Just before the new year US-based producer Kazukii released "Flood" which will have you drifting away to its smooth drum and bass soundscape. It's about a minute before the DnB kicks in but the soft resonant intro makes it very satisfying when it does. Kazukii wrote on SoundCloud: "Here's my last track of 2018! I'm really thankful for the music I managed to share with you all this year. And for how I've grown too. I'm excited to head into 2019 with a bunch of new music planned, some of which is way out of my usual style and sound. Overall, thank you for a wonderful year!"

In Debt - Life Of The Party

Adelaide-based band In Debt have put out a super groovy tune called "Life Of The Party" with a catchy chorus and sexy lead guitar. Although it's not really an electronic track - they mix electronic with alternative - they've found their way to the number 1 spot on the Triple J Unearthed electronic charts, and number 8 overall. The three-piece all went to school together a few years ago but through the local music scene came together to start IN DEBT. They've gigged around Adelaide in venues like The Lotus Lounge, Enigma Bar and most recently opening for W.M.N and Apollo on Fire at the Edinburgh Castle. With only three singles out so far, they're making an impression with their unique songwriting and production style, and we look forward to hearing more from them!

Vancouver-based producer Kelland has teamed up with singer/songwriter Vaus on their new electronic pop single "Now" released on Strix Records. Vaus' vocals alternate between strength and tenderness, like an emotional confession, leading the verses towards a bouncing future bass-esque chorus. The production also makes use of vinyl crackling giving the track an intimate feel.

"Vaus is a singer/songwriter who reached out to me and asked if we could make something more electronic together. So I made the beat and within a day he already had lyrics written. It was a really cool experience to collab with someone in a completely different genre and push them out of their comfort zone," wrote Kelland on SoundCloud. He added on Facebook: "this is my first time getting signed and releasing with a label. i made it a goal of mine since i was a kid to get signed by a label by the time i was 20 and i'm so happy i achieved that and how this song turned out! thank you so much @strixrecords for everything!"

Koven - Never Have I Felt This

Producer Max Rowat and vocalist Katie Boyle of London-based duo Koven​ have a released a dramatic new electronic single called "Never Have I Felt This" that plays like an action movie punctuated with big percussion, brass, hard-hitting bass and a cinematic dynamic that will have you begging for more. Adding to the action is Katie Boyle's fantastic vocals that slay the first verse and keep the tension throughout.

This month marks 5 years since the duo burst onto the scene with their "Wake You Up" EP, attracting the attention of tastemakers UKF and Inspector Dubplate. Katie wrote on their Facebook: "It's weird when you first start making music with someone you've only really known through the internet, so we were lucky it worked out so well :) and along side our awesome team we can't wait to bring you even more music in 2019 and play some incredible shows".

Belgian DnB producer Netsky has released a new pop-leaning 5-track EP called "Abbot Kinney" collaborating with Stargate, Toulouse, KYLE, 1991 and Jozzy. The second-last track "Nobody" with Stargate is a fantastic feel-good track with super funky talkbox vocals over an electronic soundscape that builds to a dancey, wubby chorus. Netsky wrote of the EP: "Collaborating with Stargate in their incredible studio was an amazing experience, it's not far from Abbot Kinney Blvd and that area inspired so much of this music. It is my absolute favorite spot in LA and felt like the perfect title for this EP, matching the vibes we all felt while in the studio during that time. Working with Stargate helped open me sonically to new sounds I had never tried. This is just a taste of what's to come, I'm excited to share more with you in the new year!" I highly recommend checking out the last track "Thank You" too, it's such a jam. 2019 promises to be an exciting year for Netsky who is currently working on a project called Palmtrees & Powerlines, keep an ear out! 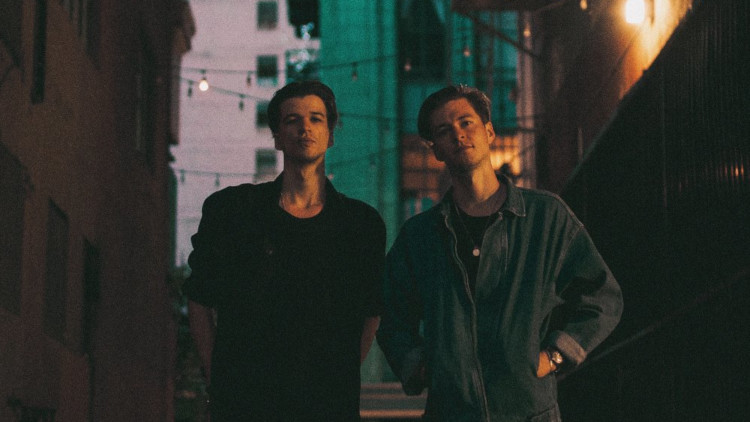 Two Lanes have remixed Sasha Sloan's emotional acoustic song "The One", maintaining the tense, dark feels but raising the production intensity as a trap remake. Sloan's arresting vocals lead the track initially over a scratchy vinyl and piano soundscape before Two Lanes introduce electronic bass, percussion and build to a heavy bass and vocal chop drop. The duo burst onto the scene in December 2017 with their popular remix of ZHU, Skrillex and THEY's song "Working For It". They wrote alongside the new remix on SoundCloud: "it's been only 1 year since we uploaded our first remix to soundcloud and we are so grateful for all the support you have shown over this past year. we wanted to end this year by sharing this remix with you and hope you all like it. new original music will be out in the beginning of 2019. thank you all for your support" [...]

Dom Champ - What You Want // What You Need

He's been compared to The Streets with his spoken-rap style of vocals. He's Dom Champ, the Brighton-based artist making waves with his down to earth yet poetic lyrics and chilled out sound. His latest single "What You Want // What You Need" dropped on New Year's Day and takes the time to reflect on life and getting through it underpinned by a warm old-school choir and urban lofi sound. He wears his heart on his sleeve and speaks what he knows. You may not be able to turn back time but at least you can hit replay on this tune. Champ is currently working on his debut EP and will be gigging in support of it after its release. He'll also be working towards an album after that, both of which we look forward to hearing!

Not to be confused with his latest remix of N-Chased and Emy Smith's electro pop single "Falling", US-based producer N3WPORT has dropped a gorgeous new melodic future bass track called "Falling For You"; a love song with sweet honeyed vocals over glittering production and lush synths. With influences ranging from Blink-182 to Illenium, his productions are consistently full of delightfully emotive melodies and well crafted production. Earning over half a million streams on Spotify in 2018, he's on the rise and we can't wait to see where the new year takes him!