Rapper Aaron Aye has put out the first single since releasing his fantastic debut album "Orphan" earlier this year. Orphan centers on his experience growing up with his single mum who died two months after being diagnosed with cancer when he was 15 years old. Despite that, the album is a "celebration. It's an album for the lost kids struggling to find their purpose... When people hear this project I want them to never hear the word 'orphan' the same way again. I want young men & women, no matter what their story is, to embrace their uniqueness, their individuality, and believe in themselves."

612 has a harder edge than the album, with big brass stabs, a groovin' bassline and Aye's fantastic vocals flexin' over the top. Listen to 612 below and check out Orphan here.

Toronto-based artist Deanna Devore has released her new EP "Half and Half" featuring downtempo electronic pop blended with acoustic instrumentation. She shows off her songwriting diversity particularly on the second-last track "Breathing Room" which has a beautifully haunting folk singer/songwriter sound. The lyric, "give your heart some breathing room", floats across with silky harmony and striking power over violins and acoustic guitar.

"Lyrically I delve into the darkness and light of love and life", reveals Devore of the album. Devore also did a wonderful job producing the album herself in a home studio, saying: "I'd love to inspire other songwriters and other female multi-instrumentalist/producers. There aren't many of us out there it seems, so I'd love to inspire more female musicians to self-produce."

Electronic producers Au5 and Nytrix have teamed up to bring us their new euphoric single "Only In A Dream". The track starts out softly yet you can feel the energy about to be unleashed in the vocal melody and production suspense. The chorus brings out huge melodic dubstep that will knock you back and have your heart soaring.

Stonebank has released a huge remix of Haliene's "Dream In Color" on the official Monstercat remix EP alongside fellow artists AMIDY, Ferry Corsten, Jason Ross, Mazare and Ruben de Ronde. The verses shimmer like a giant lake at night reflecting Haliene's beautiful vocals embodied in an overhead meteor trailed by explosions of colour.

Dutch DJ/producer Mark Villa has put out a trancey new house track called "Riptide" out on Spinnin' Records. Despite its simple melody, the song has a great dynamic with the energy building and flowing throughout and a fantastic breakdown that seamlessly brings in violins. Let yourself go and sway to the music as its current takes you away.

The top ten songs on Solid Muse in October as voted by you!

Norwegian band Pom Poko have aptly been described by DIY Mag as having the "intensity and fizziness of a bottle of Coke and pack of Mentos". Their band name "Pom Poko" comes from a wildly creative 1994 Japanese animated film of the same name from celebrated Studio Ghibli, and it suits their balls-out non-conformist style of indie pop/rock perfectly. "Follow The Lights" has a fantastic off beat rhythm and fun colourful sound. Catchy sing-along vocals, riffs and crunchy guitars come together to make a cool rockin' tune. The track will feature on their upcoming album "Birthday", due out 22nd Feb 2019, which you can pre-order here. 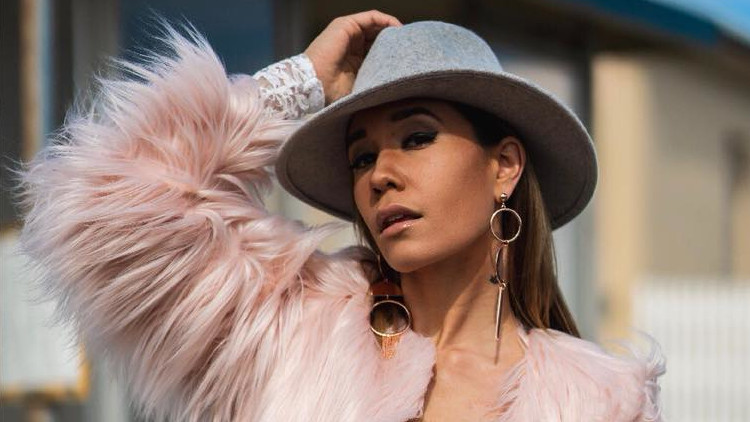 Australian pop artist Sarai has put out a smooth new self-produced single today called "Let Me Let You In". Her stunning vocals dance over a reggaeton beat with warm electronic bass and the chorus shows off a catchy, melodic lead synth. Sarai explains: "This track is about letting go of things that no longer serve you. There are so many distractions that don't deserve the energy they require. This song is about taking back control and focusing on what is good for you. It's about saying no." Stay tuned to her YouTube as she will be releasing a video clip for the song later this month! [...]

New Los Angeles-based alt rock band Kills Birds have torn it up on their debut single "Worthy Girl" ahead of their upcoming album release, recorded in its entirety in only 8 hours to capture the real spark and edge of their live performances. The lyrics may not make a lot of sense straight up, but you can sure as heck feel them as frontwoman Nina Ljeti lets them loose. The track has a passionate, punky, rebellious energy reminiscent of Yeah Yeah Yeahs and Rage Against The Machine that makes you wanna grit your teeth and yell f*** yeah!

As producer Justin Raisen explains: "The moment I heard their music I was like a magnet to the stage's front. I looked up at Nina mesmerized by her absence. She wasn't with me. She had gone somewhere else outside of herself. I rarely see that anymore – artist's truly losing themselves. It was refreshing... I knew then I wanted to work with this band."

"I spoke with Nina after the show and we exchanged phone numbers. It felt like I just traded numbers with Kurt Cobain or something. After some thought, I proposed to the band recording a whole LP live in my studio behind my house (one room, no isolation) and added it was the only way I was interested in doing it. A few months later this took place. Drums, bass, guitar and vocals bleeding into each other in one room all together was the only way I felt I could try to recapture what I experienced while seeing them live. For me, it was the only way."

We need more rock with strong frontwomen like this! We can't wait to hear more from them!

Detroit-based producer Tokatta has released a new four-track EP called "Crystal Night" with space-like sounds and rolling dubstep synths. The third track "Gravity" has a DnB style energy with arpeggiated melody in the verses, hip hop MC-like vocals and a drumstep drop that'll hit you like a bass laser - it's sure to get your head nodding.